The Geneva talks are a departure from Tesco’s approach of recent years, but very consistent with that of Carrefour, its strategy buying partner. If ever there was a directional mismatch it’s here, but it makes perfect sense for the two retail giants in different markets to follow the lead of the international buying groups (IBGs). It’s bad for suppliers, bad for shoppers and decency, but great for retailer margins.  This... Read More

Why the M&S-Ocado deal is positive news for suppliers

What is the collective noun for a group of suppliers? A haul? A deal? A delay? Anyway, the Ocado switch from Waitrose to M&S has positives for many groups of suppliers in the long term. With the negative CMA review of the Sainsbury’s-Asda merger, it’s been a good couple of weeks for suppliers. I’m not saying that because of the buyer negotiation power, which tends to be the first thought... Read More

The palm oil debate is complex, but Iceland has made a positive difference

Following Iceland’s ‘banned’ Rang-tan advert, many got caught up in the palm oil debate over Christmas as social media did its work, ensuring more saw it than any of the others. But, as it so often does, social media fired the public off on a dangerous tangent. The ad was inspired by Richard Walker’s trip to Borneo a couple of years back. He was so appalled he subsequently took a... Read More

Inexperienced and ignorant buyers are choking the life from suppliers

Retailer buyers have dumbed down to a new depth in the view of many suppliers. Cost-cutting to stay cheap has meant fewer buyers handling bigger ranges through more channels. But now experience is being replaced by cheap youth, too. Many suppliers are complaining they can’t get hold of anyone who is over 23. I’ve heard of a young lady handling a multimillion-pound fresh category having moved in from buying for... Read More

The consumer goods industry shake-up is affecting everyone, and its challenges are creating pressure forces in all directions. Discounters put pressure on supermarket retailers, online retailers put pressure on discounters, wholesalers are pressured by them both. To combat this, retailers large and small merge and diversify as best they can, but the lowest common denominator is to pressure the suppliers. It’s fair to say it’s Amazon, not the discounters, holding... Read More

What an excellent performance analysis of the top 150 food and drink suppliers, published recently by The Grocer.There isn’t a positive side to this data for suppliers. The piece refers to £1.6bn input costs (think raw materials) last year to these manufacturers. They tried to pass it on and stay even but of course they didn’t get it all through. Now we know they only recouped about 60% of their... Read More

Will the Tesco-Carrefour tie-up be just another buying group?

Can Tesco really have announced a tie-up in the style of a buying group? It has worked for three years now to take buying back to the principled old days - only this time with lashings of data support. No longer just a blunt instrument to bludgeon suppliers into loss making decisions, their focus has been on selling more to shoppers. Sure, most suppliers hated the range resets, but those... Read More 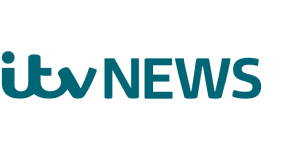 “A great deal for everyone”. Sainsbury’s and Asda have decided to get hitched and they see only the upside. By teaming-up the new Sainsbury’s/Asda group is promising lower prices, better quality, more choice and enhanced technology. This proposal is being presented as a giant win for everyone - staff, shareholders, suppliers and shoppers. Sentinel On ITV News Sentinel On BBC Radio 4 Read More

It's all change in the reset era

If your category offers a way for retailers to reach their customers with a shopper-winning, loyalty-driving range, that’s fantastic - right? Not if you’re a supplier trying to push your single brand message through all the retailers. In fact, it’s the biggest threat in decades. Beer is interesting right now. The ‘grocery retail’ opportunity presented by the craft and cask beers trend was first picked up by the independents. Now... Read More

It’s one year on from the ‘Marmitegate’ cost price wrangle with Tesco. The anniversary is marked by a wave of suppliers thinking again about their next cost price increase. Bookings of our one-day CPI training programme are up 50% with suppliers wanting to exercise their pricing muscles. Last year, even under the shroud of the weakened pound, many suppliers didn’t act, and those who did took a minimum ‘survival hike’... Read More