I’m glad my column back in August has drawn industry attention to retailers’ outrageous demands for proprietary informationon cost price increase ‘justification forms’. As the discussion continues, one phrase that keeps grating on me is ‘12-week notice’. This suggestion that this notice period is necessary on CPIs is wrong. Do check, of course, that no signed supplier agreement clause commits you to a written 12 weeks’ notice. Beyond that, it is not... Read More

Major grocers soared in the pandemic, but 2022 will be the year of small business

The large grocery suppliers fared better in lockdown as consumers stocked up on big brands in their time of adversity. This was not just down to consumers becoming less adventurous when all around them was turning to mush – it was also driven by the retailers’ choice to simplify ranges in their quest to keep a core weekly shop available. The net effect of all this is major retailer ranges... Read More

Nothing brings out the nervousness of suppliers like taking a cost price increase (CPI) to large customers. Buyers have always demanded to see a justification for CPIs, and suppliers have always mumbled responses about foreign exchange, transport costs or the global price of raw materials. Until now. Recently buyers have made demands for line-by-line, component-by-component breakdown of input costs on spreadsheet forms. These new forms demand access to some of... Read More 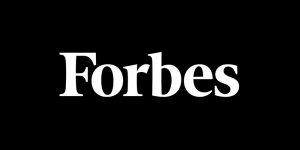 Bricks & mortar retailers in the U.K. will soon see a surge of shoppers who once again feel safe in physical stores having avoided them for the past 14 months. But this first contrast to online shopping will be disappointing unless the experience changes. Shoppers will not fall back in love with store shopping because whilst touch and feel has appeal, the thrill of picking up an avocado in person... Read More

Bricks & mortar will soon see a surge of shoppers who once again feel safe in physical stores, having avoided them for the past 14 months. But I doubt they’ll fall back in love with physical stores – this first contrast to online will be disappointing. Touchy-feely shopping has appeal. Still, picking up an avocado in person can’t match the simplicity and convenience of online. And who wants to buy... Read More

The concept of omnichannel has grown like a weed over the past five years. Although it presents the latest set of expertise to make a supplier indispensable to its customers, it’s also potentially the biggest key account manager communication fail since category management. Brought about by the step-change in customer behaviour that came with the widespread rollout of broadband, omnichannel enables a brand to engage every ‘touchpoint’ of the shopper... Read More

We’ve had a period of good behaviour as record returns in Covid have put smiles on the faces of the major retailers. So GSCOP may not be top of mind – but, as retailers start to chase growth on top of their phoney year whilst leaking sales to hospitality, the fun will recommence. Get ready for the sound of: “You saved a fortune due to our growth, so cough up.”... Read More

Why Morrisons, Iceland and Lidl led the way in a Christmas like no other

Nothing normal about this Christmas, was there? Given the impact of Covid and Brexit, it’s not easy to read the true performance indicators for 2021, but here goes. Starting with the punchline: Morrisons and Iceland shared the prize with sustained campaigns consistently delivering across the four-week and 12-week Kantar share performances. They stood out in a festive season that saw spend increase across all the supermarkets. Remember total grocery multiples... Read More

Aldi comes out the winner in Tesco’s Price Match, but it must catch up in online

They say there’s no such thing as bad publicity. Take Tesco’s Aldi Price Match. While Tesco appears to be taking aim at the discounter, it’s actually doing Aldi a big favour. Big four shoppers keep hearing ‘Aldi price’ and those who don’t have a nearby Tesco will head to Aldi to take a look. It’s almost the opposite of the Pepsi taste test. That worked for Pepsi because they were... Read More

The most overused, inappropriate and meaningless term of the moment has to be ‘the new normal’. Not just because it assumes that a normal state of play currently exists, but, dangerously, because it assumes a passive acceptance of the situation businesses have to ‘fit in with’. ‘Normal’ suggests some level of equilibrium. There isn’t one: it’s a moving feast. Nothing is typical, nothing is usual, nothing is conforming to a... Read More